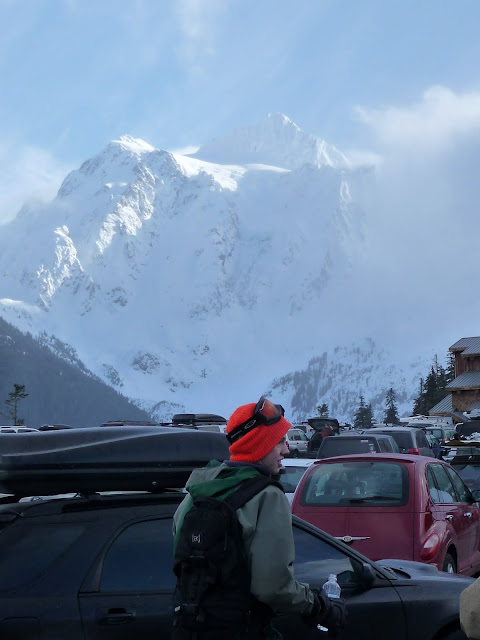 Just wakin' up in the mornin', gotta thank God
Nothing says variable weather quite like the Legendary Banked Slalom. Hell, they've canceled the thing before, so I should be happy. The snow level was at the lower parking lot and stayed there most of the day. Just one spitting of rain came through that I felt. Other than that, the clouds rolled in and out, the snow came and went, the wind iced my face and then fell silent. As far as the stuff on the ground, if it was a song by Disturbed, it would be Down With the Thickness. The stuff was tough. The top six to eight inches was a step away from being too hard to ride through. Also, the stability wasn't exactly rock-solid, so it didn't break my heart that the snow was mediocre. After a couple hours of slackcountry we ditched the packs and finished off the day on groomers.  I think I heard my legs cheering. Most valuable tool to have at Baker: a friendly local. Not even close. Things like, 'Don't go left or you will have to swim out' or 'Don't go right or you'll wish you had wings' make a guide invaluable. Thanks, Martin! That's all I can say or they might not have me back... 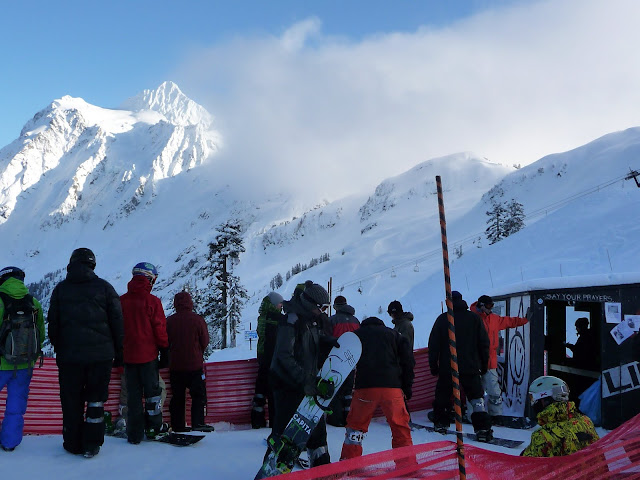 I could stop typing, this says it all.
Some gates were set up on the hill, too, so I decided to check that out. I'm not much of a competitor, but why would you race in such a weird, up and down, zig-zag line? I kid, I kid. The LBS course was kickin'. Good coverage made some deep banks, some deep ruts and a couple special features. As I mentioned yesterday the final corner this year is The Gravitron. Riders have a roller option to air into the final 180-degree, downhill, right-hander. Word was the gates before it were iced over from all the speed checking. The other gate that is eating people up is the fourth blue gate. A combo of ice, tightness and maybe a lack of banking is giving folks the old heave-ho. About half of the riders I watched at that spot hit the deck. The Blue Cheese! 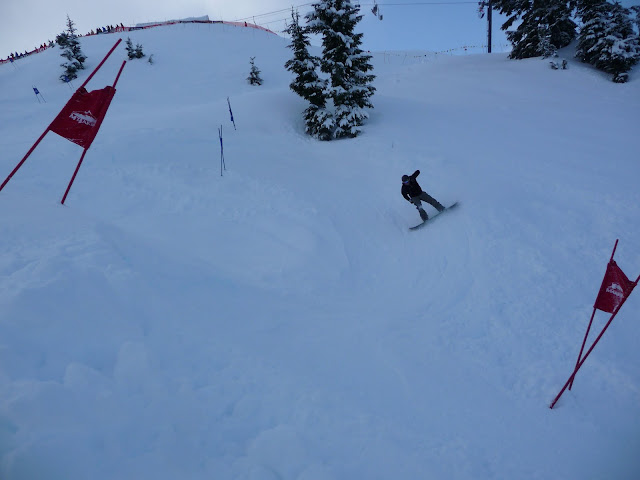 It happens to plenty of guys, Colin... 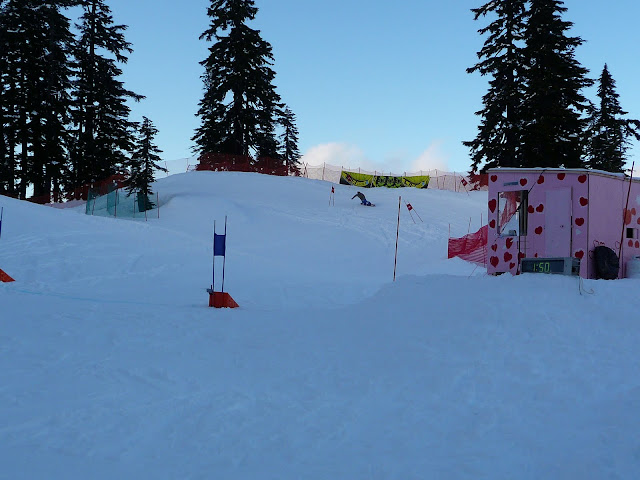 The Gravitron cannot be confined to one picture.
I'll hit it with video tomorrow.
Tomorrow, more of the same. Another try at qualification will set Sunday's finals field. The weather's looking to hold steady tomorrow, so look for a hard and fast course and some good conditions for those of us looking to hike for turns. Demos start tomorrow, so get up here and try out the super, next level type gear. If you want all the LBS info go to the source and you'll know when we all know. You know, except for those of us who are actually here. Like you should be.
Written by BoredYak at 9:08 PM