The Opposite of Portland

I just got back from a four-day trip to Hawaii. In between beach bumming and random hikes I had a steady IV drip of fresh mango an mahi mahi that was extra tasty. The weather there was made even sweeter by the fact that it was 50 and raining in Portland when I left (and when I returned for that matter). In case you need it, here is further photographic representation of the awesomeness of the isle of Oahu: 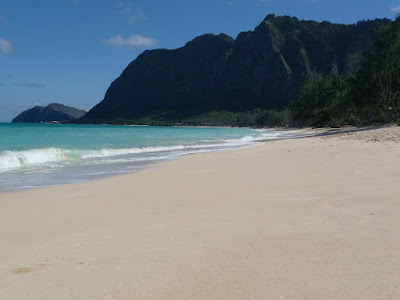 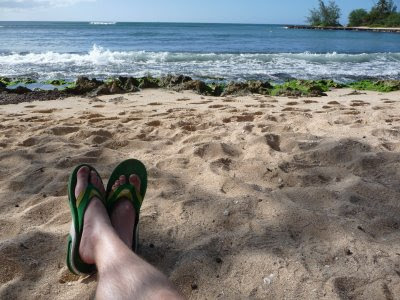 It's a cheap time to check it out, too, so if your down for some sandy good vibes, give it a look. The big waves are just starting to build up on the North Shore, too. I personally just tried surfing for the first time. Yeah, I did everything in the reverse order, first snowboarding, then skateboarding, then surfing. Seems normal to me since I grew up in North Dakota. It doesn't get any farther from the waves than that. Surfing is something I will continue, but snowboarding will always be on top of my brain. Right now I've never been more excited to ride. With the rain coming hard, the snow will be soon behind and I'll be ready. Mentally anyway. I'm not sure where my legs are as working out has been sporadic at best. That's what the early season is for.

Stay tuned the next couple days as I'll be writing up some of the video premiers that have gone down around town, as well as miscellaneous other shred events. If you're not riding yet, you'll be stoked to hear about all the action going down on film. If you're already getting out there, well, it'll still be a good primer as to where to spend your hard-earned dough. Here's one last parting shot: 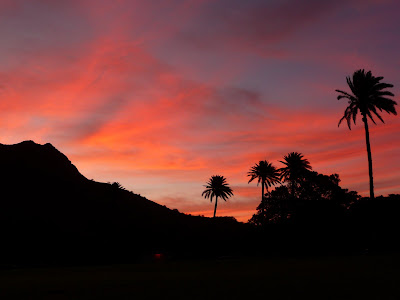 Now to hell with the tropics, bring on the snow and conifers I'm used to. I want Mt. Hood to disappear into the clouds for a week and return wearing a thick, wooly sweater of white. Fire up the chairlifts, bring on the frozen waves!
Written by BoredYak at 11:42 PM