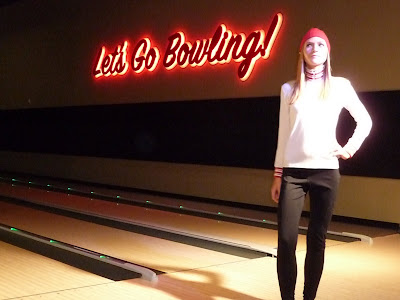 And I don't mean 'tricked' like you just tricked out your Honda Civic, I mean 'conned.' You see, I got a flier for this show that would be going down at the Grand Central Bowl (yeah, same place as the Burton show, this place sure is popular among the shred set). The promo copy raved about Widmer (a local, craft brewery) releasing their new winter seasonal beer, called 'Brrr.' Now this by itself is confusing. Imagine the scenario, if you will:

It's sort of a "Who's on first?" dilemma. Anyway, something about this flier made me assume the beer would be free. You know what they say about assumptions... Of course I was wrong.

The next thing mentioned on the flier was a fashion show featuring the likes of Holden and Icebreaker. Now, when I see 'fashion show,' I think 'hot-ass women.' Now just for the record (and because she's one of the probably 2 people who read this blog, the other being my mom [love you mom]), I am dating a wonderfully beautiful woman named Jackie. Have been for years. This does NOT mean I can't go to a fashion show to look at other hot-ass women. Here's where the problem comes in with the fashion show: half the models are dudes. On top of that, Icebreaker makes things like long-underwear and socks. Put it all together and you have dudes modeling long-underwear and socks. In a bowling alley. If you're not laughing yet just check out the pictures. 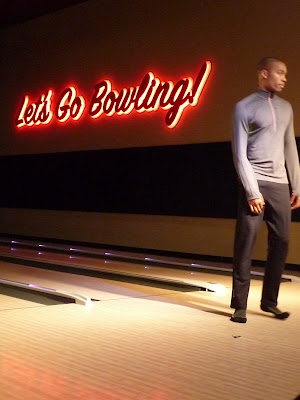 My saving grace was the fact that I ran into a friend of mine, Jeremy, who I don't get to see nearly often enough. He had a friend who was a VIP and got us front-row seating for the show and luckily I sat next to someone who found this whole event just as comical as I did. Which brings up a serious question, can anybody tell me why models don't smile? These guys were all doing their best Blue Steel. 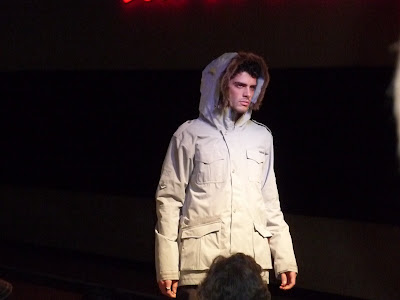 I'm really not sure as to the point of the whole fashion show thing. This was my first time, so bear with me. Models walk out wearing some Holden gear. I think to myself, 'Wow, Holden has some really nice looking jackets and some that aren't so great.' That's it. I don't know which jackets are the good ones. I still have to go to the store to figure out what they're called and how much they cost. Maybe a little play-by-play would have helped. "Here's Jane in Holden's 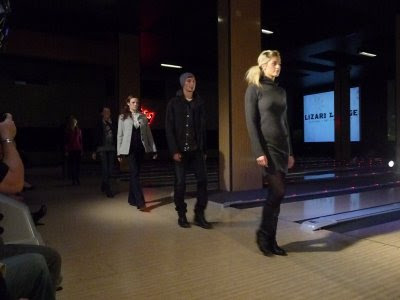 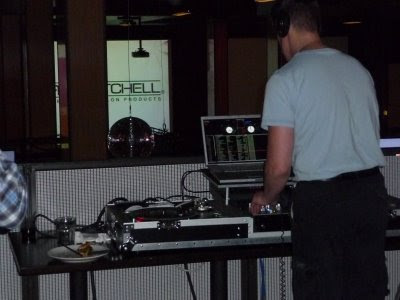