I AM SNOWBOARDING Art Opening comes to NEMO, Portland 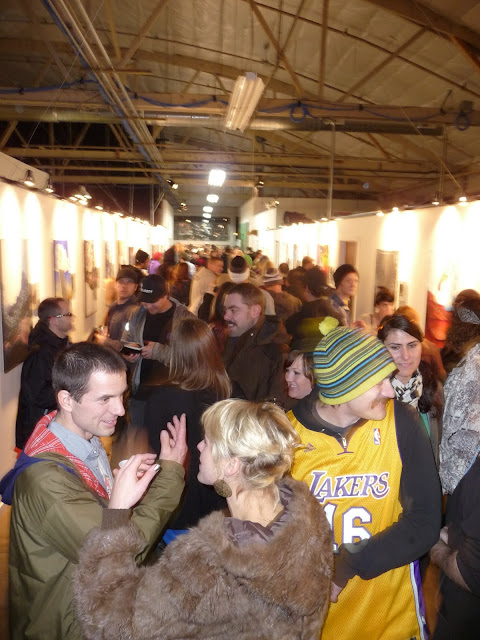 Did I catch Josh Dirksen mid-slap?


A snowboard party crashed into an art opening last night; Friday, January 8; at Nemo design's HQ in southeast Portland. Hoodies and beanies packed the hallway by the hundreds, all less than an arms length from a complementary cup of something alcoholic. Jeff Anderson was on everyone's mind as it was his memorial art collaboration for  was the root of all the good times. Two-artist collabos decked the hall and fascinated all. 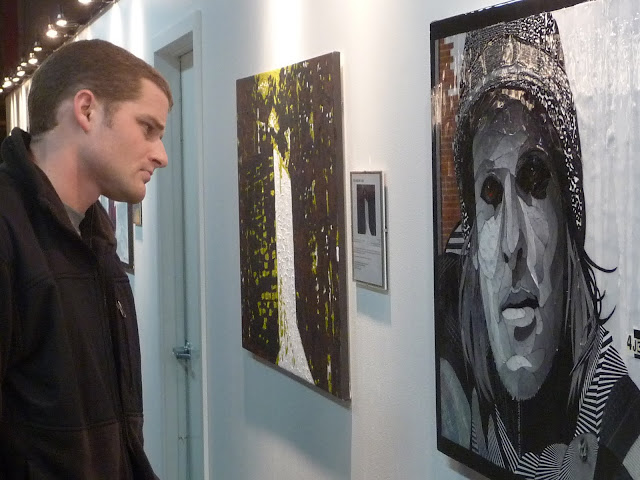 A sampling of the art on display.

The place was crammed to the point of claustrophobia with snowboarders, artists, photographers, writers and all the usual Portland shred suspects. You couldn't drop a beer cup without some local shred head catching it and drinking the last sip. Rather than bore you with a list, I'll just refer you to Brooke's post on Yobeat, she took care of that for me.

The couple that I would like to comment on are Jamie Lynn and Terry Kidwell. Old-school and older-school. I had to stop myself from fanning out on both of them. Luckily, they were both locked in conversations with friends or other admirers the entire night. Terry is the common ancestor all freestyle snowboarders share. To see some of the boards he rode back in the day made me shake my head. Things like (roughly) symmetrical noses and tails and 4x4 inserts (mostly) that we take for granted were nowhere to be seen. You want one of the old sleds? Kidwell's auctioning them off soon. 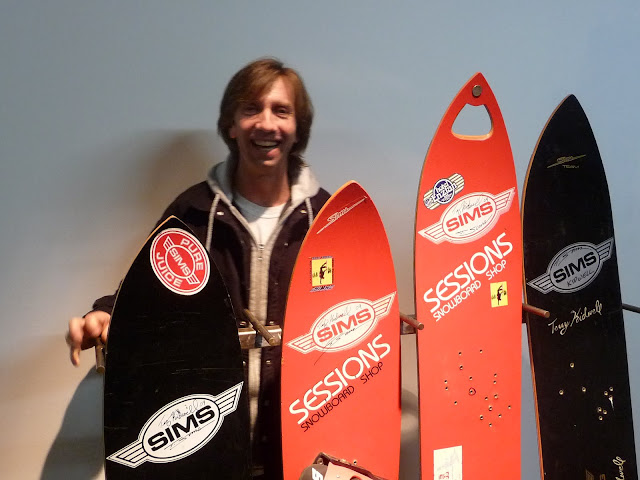 Terry Kidwell next to some dinosaur bones and a huge bottle opener.

Jamie Lynn, well, he's rocking out now, but the way he rocked out 10-15 years ago, that's what I'm talking about. The style - and of course the method - that everyone wanted. Now he's moved on to music and art. Not only was his band performing live, but he took part in the art collaboration, too. Talk about multi-talented. 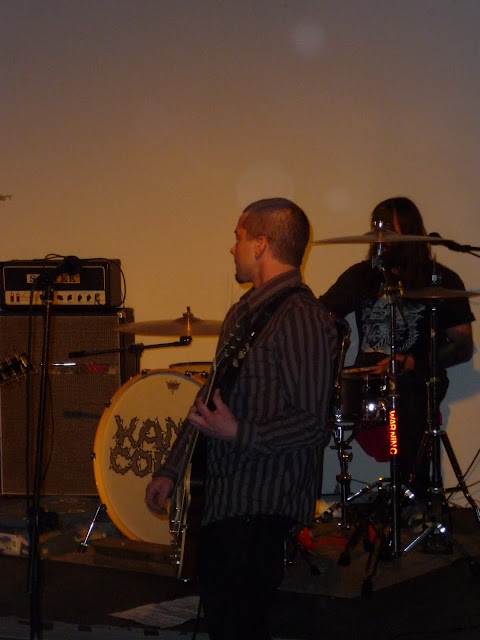 I never met Jeff Anderson. Unfortunately, he passed before I got into snowboarding enough to have a chance. My only experience of him is through photos, videos and now other amazing works of art. What an amazing person he must have been to have an event like this sprout up in his wake. Not only does he have wonderful friends that clearly mourn his loss, he has not and will never be forgotten. And they put together beautiful art in his name that brings people together. That's the kind of person to strive to emulate. To be remembered and loved after passing. To have stories told and glasses raised. Tears shed, but smiles spread. To have people come together and build a skatepark in your name. Jeff Anderson is Snowboarding. Jeff Anderson is Immortal.

I AM SNOWBOARDING will be on display at Nemo HQ until January 31 after which it will head to Colorado and SIA and the Winter X Games. To check out the art, buy a print or for other information check out iamjla.org.
Written by BoredYak at 6:09 PM