Holidays, New Year and Then Some

We're officially into it, the teens. I expect it to be awkward. Change. Growth. Distractions. Just like any decade, I guess. Hell, I'm already 1 for 1 on writing checks, how bad could it be!?

This was actually my first holiday season without contact with my family. I've been stuck in airports and on trains for Christmas, but I always managed to find a way home. This year, I just decided to forgo the whole long-distance winter travel to a small town in the middle of nowhere scenario. Instead I went to Sunriver, OR where my friend and his family rented a vacation house for the week. I got to Skype with my family, which of course turned into my six year-old niece goofing off for the camera and precluding any real conversation. The family vibe was high at the rental home and it was packed with 14 of us, so it felt like 'home for the holidays' for sure. The bonus was two days of snowboarding at Mt. Bachelor, just an hour's drive away. Peep the pixels. 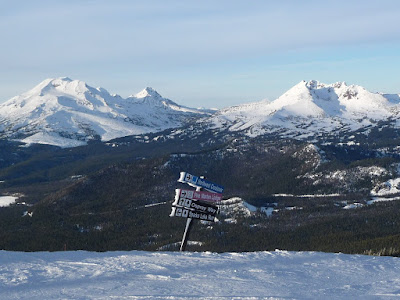 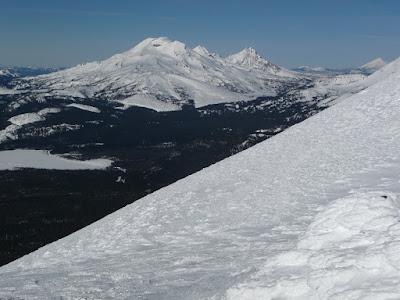 12/24 - the first day Summit Express was running
Gotta get those lifts running by Christmas and we were there to use 'em!
After four days of Christmas cheer it was back home to Portland for a tic and then up to Bellingham, WA with my girlfriend for our traditional New Year's festivities: shredding Baker for New Year's Eve and ringing in the decade at a warm, boozy house party. This year that meant I got to hang out with some friends I met up in Baldface last year. Snowboard friends become good friends quickly and it's been great hanging out with Martin, Jeff, Jesse and all the rest over this past year. There's nobody I'd rather ring the new year in with than my girl and some of my best new friends.

With that, here we are. 2010. Keep reading the blog and dropping your comments. I can promise you nothing but the best of my abilities, which hopefully improve throughout time. Got anything you want to hear about, let me know. I've got a handful of board demos to tell you about in the coming days and another board demo to attend this weekend. This one's only Burton boards though. What should I try? I'd like to check out some different cambers, a Malolo if it's powdery, something jibby and loose to round things out.

Also coming up quick is my Level 1 Avalanche certification. My kit is complete except the beacon and a good pack. Which reminds me, I'll be introducing you to a custom backpack maker, too. He just happens to be my cousin.

After that, the Legendary Banked Slalom at Baker. More good times with the crew up there. Followed by an epic, three-stop shred trip: Salt Lake, Aspen and Jackson. Any of you live in those areas or have advice thereto, let me hear it. Especially Jackson, I'm going in with nothing but some lift ticket vouchers. Not quite seat of the pants, but not quite fully clothed either, if you smell what I'm stepping in. Baldface comes next, speaking of epic. That's about as far ahead as I plan. Some 'maybes' in there: North Face Masters at Crystal Mountain, Level 2 Avalanche certification, Ride Shakedown at Snowqualmie. Lots going down and I'll be sure to tell you all about it. Just like I told you about Cambodia. Yeah, you thought I forgot. I'm working on some big things there. Here's a taste. 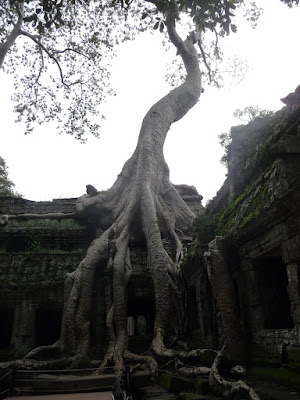 Anybody ever see Tomb Raider? I haven't but apparently this tree figures in a scene.
Ta Prohm, Angkor Province, Cambodia

Here's to the best year yet. May all your powder be deep and safe. May your landings be as solid as your joints. And may you always have the prefect words when recounting your tales of deep powder and solid landings!
Written by BoredYak at 12:50 AM