Of Black Canyons and Salty Lakes

Heading north from ABQ with my brother, Vance, brought us to a campsite near the Continental Divide. The scenery went from desert scrub to mountain vista quicker than you could say '4-wheel drive recommended.' 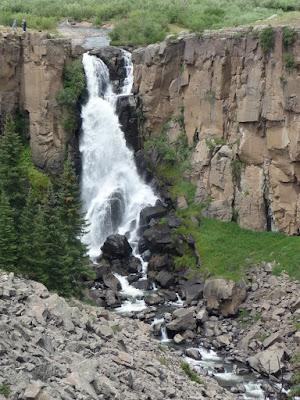 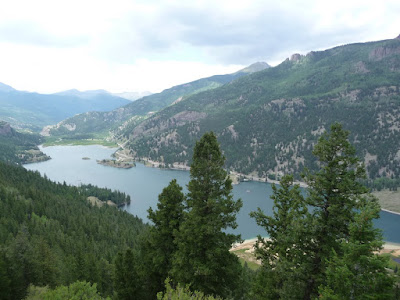 Guilty beyond the shadow of a doubt. 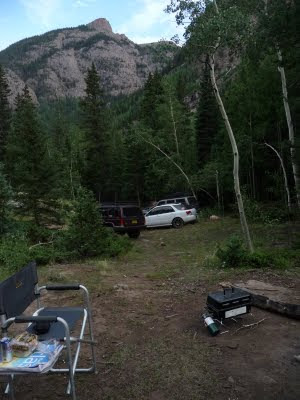 Mountain campsite accessed by roads that could have easily destroyed my car. For reference, had I stayed on that road, I would have ended up in Silverton, CO.

I was on the scenic route home at this point. He was on his way to hike a fourteener. For those of you outside the state of Colorado, the term fourteener probably carries no significance. As you may guess, it's a mountain whose summit is above 14,000 feet. Peaks under that height, regardless of technical difficulty, starting elevation, surrounding beauty or any other characteristic are spat on with a hatred generally reserved for terrorists and gapers. Now 14,001 on the other hand is just fine. I wonder what happens to the ones with glaciated summits that are melting. Do they get kicked out of the club when they no longer meet the requirement? How often do they check that stuff?

Anyhow, after a night of car camping I was northbound. Vance gave me a hot tip to check out the Black Canyon of the Gunnison River, so that was destination #1. In between, though, a little something I never thought I'd see... 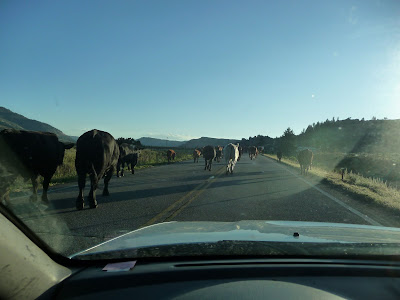 I couldn't photoshop them in if I was getting paid.

That's right, a fucking cattle drive on the highway! I pull up to the fella on the ATV and he says, "Just wiggle your way through there, they'll get out of your way." So I did. And they didn't. Cows ran for their calves. Bulls ran for ME. At one point I looked out my driver's window to see the alpha male, skewer-like horns and all, staring back at me. In front of me was a pregnant cow taking up the entire lane of traffic. These beasts did NOT understand my turn signal. They meandered as if drunk. It was hilarious, really. Not more than 10 minutes later I was out the other side and some other driver was coming the other direction. I gave him a shrug and was treated to this view mere miles down the road. 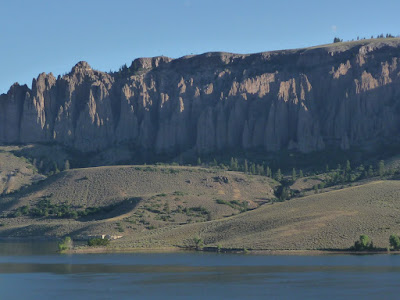 Yeah, lots of 'wow' scenery in the great state of Colorado. And I was nowhere near out yet. Next up was the Black Canyon. 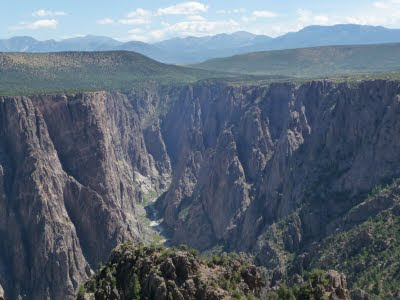 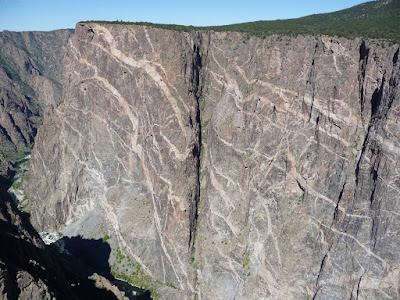 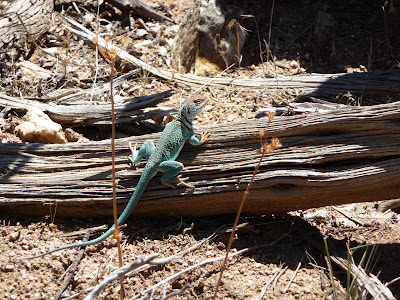 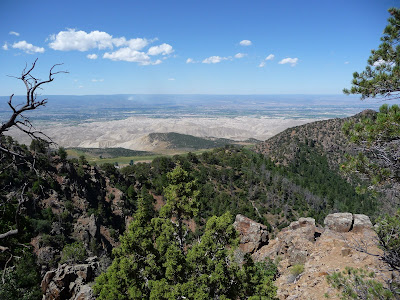 This shot looks out of the canyon to the west.

The Black Canyon isn't so heavy on the hiking or camping, but what it lacks there it makes up for in sheer scenic beauty accessed directly from the road. I drove the South Rim Road and most of the viewpoints there are less than half a mile from parking, none is more than two miles round trip. The North Rim has some longer hikes of three, five and seven miles, but that's it; a total of five maybe six trails of over a mile round trip. The other extreme is hiking the inner canyon. Always check with rangers before attempting such an excursion. Besides hiking visitors can ride horseback, climb rock or raft the river, among other activities.

Nope, not going to make it to Salt Lake this post, but I assure you, it will head up the next one (I pretty much made a straight line there after leaving the Black Canyon, stopping only in a hip little town called Montrose.) I can't promise all the great pictures I had here, as I forgot my camera in a few crucial places. I had some good times, though, so be sure to check it out.
Written by BoredYak at 8:50 PM