It's been a while, so let's recap. Here's some scenery from the trip to Madison: 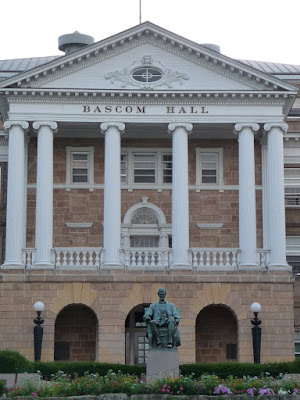 Bascom Hall: home of administration, some classrooms and Abe Lincoln 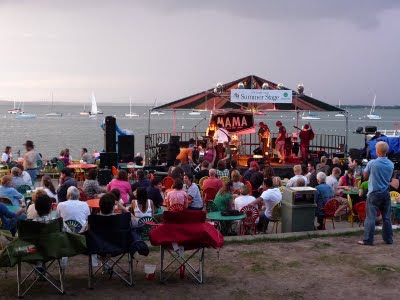 I'd like to see daily beer consumption figures for the Memorial Union Terrace. Tonight, the Madison Area Music Awards were going on. Once again, I was snubbed. 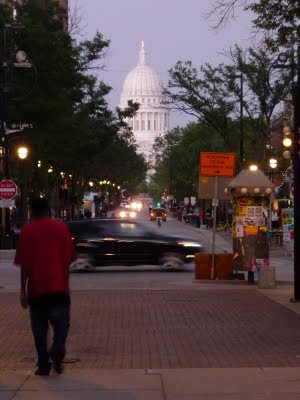 Madison is a great place to party, even in the summertime. If you show up during the school year though, it's on a whole different level. I've never seen anything like it. There's a reason why it won all those party school awards. Oh and it's home to top-tier academics, too. How do they balance? Tyrol Basin and Cascade Mountain were my home ski resorts while I lived there. I'm surprised I didn't end up a park rat with those mini hills as my options. Testament to my choice of powder over rails, I guess.

After a brief stop in Milwaukee to visit some friends and get molested by the world's most active Australian shepherd I was off to Michigan's Upper Peninsula. Google maps told me that Cedar River was the same place as Cedarville, so I had a bit of premature elation. Cedar River is on the western side of the peninsula near Escanaba, while Cedarville is 200 miles east near the Mackinac Bridge. 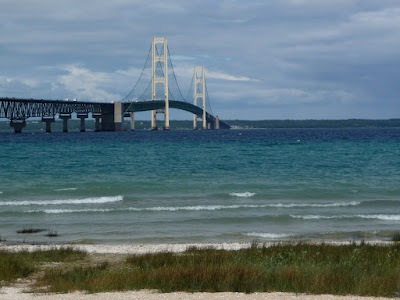 Hard to miss this one...
When I did finally show up and my cousin, Fred, ferried me to Marquette Island, we participated in the dictionary definition of relaxation. His girlfriend (whose family provided the cabin), was nursing horseback riding wounds and wasn't so lucky. After getting bucked hard during a competition (she ended up going through something she was supposed to go over), she didn't get along with her pain medication and was either nauseated, sore or just generally uncomfortable for most of the trip. Mostly she just hung out in bed. Fred and I weren't much more active; alternately hanging out around the outdoor fireplace, the dock or the porch. One hike to the opposite side of the island was the extent of our physical activity. We picked up some firewood and some beers. That's about all. 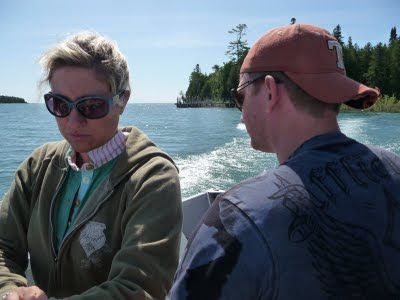 The hostess and the cousin 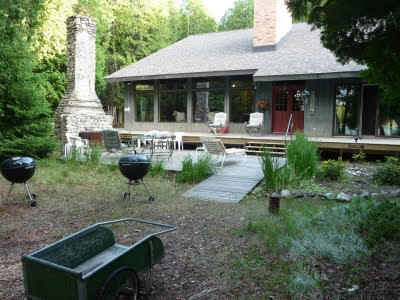 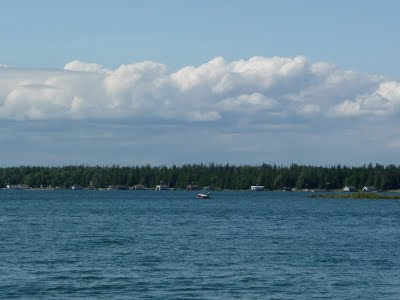 The view of the mainland from the dock 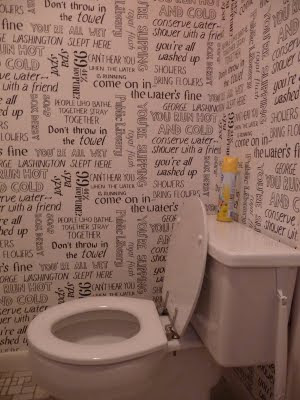 The creepiest bathroom ever. Besides the other one that was decorated with nothing but frogs.

I now resolve to own some sort of property on an island. The seclusion was about as peaceful as possible. Maybe an isolated mountain home would fit the bill. Just replace the boat noise with snowmobiles.

After the U.P. I was in for the longest drive between friends on the trip. All the way to Austin, Texas. A drive I hoped to make without maps and without cruising interstates. Be sure to check back for that one. The southland is not to be taken lightly. Ya'll come back now.
Written by BoredYak at 4:21 PM