I just caught a replay of the first ever Burton Canadian Open and it might have revived my interest in halfpipe snowboarding. They still have video of it up at GO211. I suggest you check it out. Why? First of all, Tricia Byrnes and Jeff Bridges, wait no, just kidding PAT Bridges do the commentary. 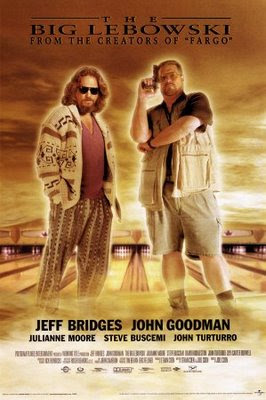 Neither of these guys did commentary

Pat and Tricia probably know more about snowboarding than you do, you might learn something. If Pat and Tricia are reading right now, well that sets up an interesting paradox. But let me digress to another tangent... It reminds me of that time I skipped class in college to watch the world championships of juggling on TV. Nope, not kidding. I don't remember what class I skipped. I don't remember who won the championships. Why did I watch it? Because the commentary was done, to perfection, by Penn Jillette (of Penn and Teller fame). Let me tell you, it didn't even matter what was on the screen. I don't even think he was watching most of the time, but it was solid gold. I learned a little about juggling, but mostly I laughed my ass off. The Canadian Open on GO211 was kind of like that, only far more informative and with snowboarding. Sometimes they were commenting on the action. Sometimes they were talking to various guests in the booth while the action went on, undiscussed. It wasn't Willie McMillon and Todd Richards at Natural Selection, but it really was a lot of fun. If you don't know anything about Bridges yet, check out this interview conducted by my good buddy and all around great writer and snowboarder Colin Whyte. It's a primer. I've never met the guy (or Tricia for that matter), but he seems like someone it would be cool to chat with... over a beer... on the chairlift.

The action, though, was sick in it's own right. Even if you already read about who won, check out the video. You haven't seen halfpipe riding like this, probably ever. Jed Anderson is so stylish that it almost made me want to ride halfpipe. Almost. Chas Gouldemond had it gould-ing on as well. TJ Schneider was in full effect. See what I mean? When do you hear names like these in pipe contests!? Tons of riders I'd never even heard of were rippin' it up. Justin Lamoureaux, for example. I'll have to watch the slopestyle replay tomorrow. If it's even half as good I'll probably need to change my underwear midway through.
Written by BoredYak at 10:03 PM