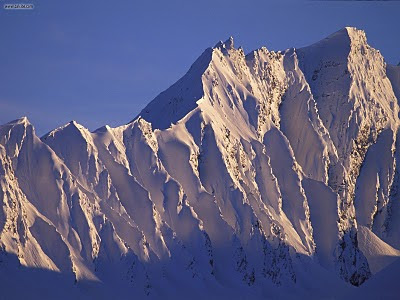 Backcountry, AK. The Chugach Range. Valdez, Alaska. Seeing those captions was the start of any bucket list I've ever had.  I've never had dreams of climbing the highest mountains or running an arbitrary 26.2 miles (though I might do that, eventually). Flying off in a helicopter (a fucking helicopter!) away from safety and security and into the seeming unknown of the mountains, the vastness, the solitude, those are the movies playing inside my eyelids at night. Hence, at the top of the list:

And now it just so happens that an opportunity to do so has arisen. A good friend of mine (we'll call him Martin because that's his name) bought his ticket to Tailgate Alaska, made a deposit on an RV and later realized he just couldn't make it work. Rather than give it all up, he agreed to eat the money he'd already put down in favor of letting someone else have this glowing opportunity of shred-nificence. I seized said opportunity with the grip of Mark McGuire's 'roid addled hands on a Louisville Slugger (OK, so actually I hemmed and hawed and had to work through some persistent self-doubt before I pulled the trigger). A half-price trip to a shred mecca!? Heroes, legends and regular folk all drinking from the same cooler? Salivating over the same snow? The people I read about and the mountains I read about!? This is gonna be sooo fucking cool! I seriously already have butterflies.
Written by BoredYak at 11:53 PM