Anthony Bourdain once likened experiencing Asia to dropping acid. "Your mind expands," he said. He plans to move to Southeast Asia with his wife and daughter in the coming years. (Outside, 11/07) Now after having been there, I know a little bit more about what he means.

Bourdain talked about the color in the region. That was the first thing I noticed, too. Starting with the cabs outside the airport. Most of them are pink. Pink and green, pink and yellow, some yellow and green or green and red maybe. I don't know if Airblaster is doing their colorways, but it was quite the visual stimulation.

Then the mix of sights came closer to home. An Obama poster. A billboard for a Green Day show in Bangkok. Tidbits of globalization in an otherwise foreign land.

Without a doubt, though, this was not America. Distinct Thai flavor came through with every turn of the head. 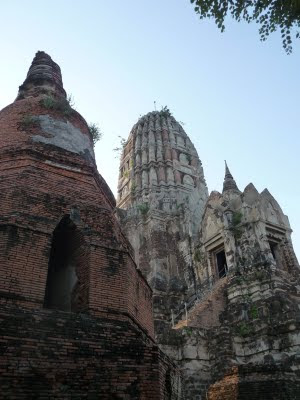 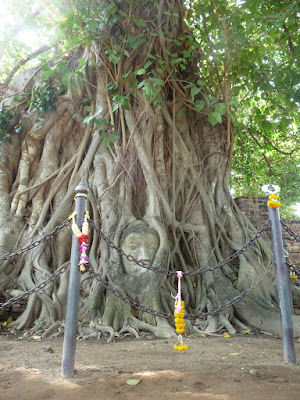 One Buddha head in the roots. Extra signficant because... 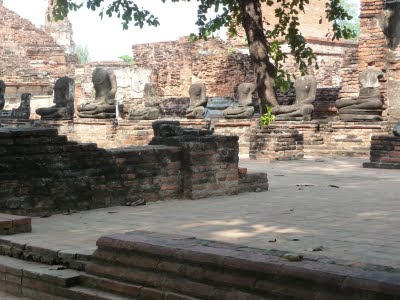 All the rest are decapitated (Wat Mahatat, Ayutthaya) 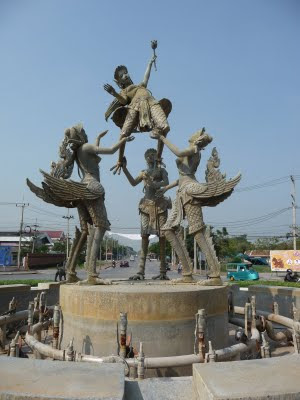 No idea what's going on in this traffic circle. 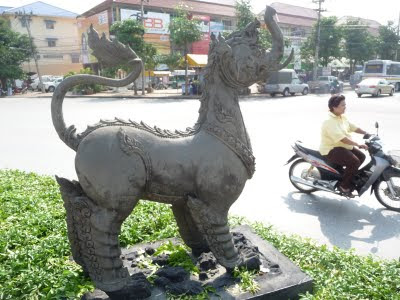 Another mythical animal (elephant dragon?) from the same circle. 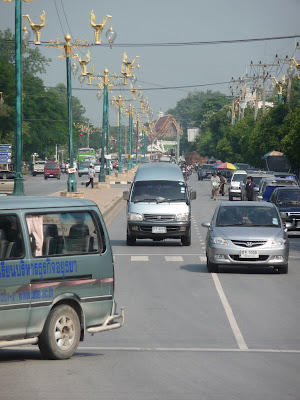 Gold light posts and bad traffic; the streets of Ayutthaya. 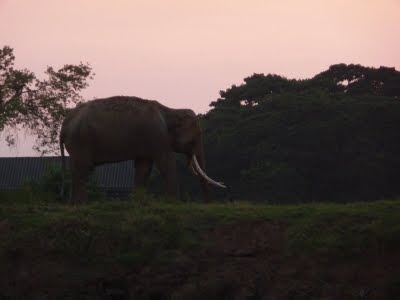 Elephants amaze me. A friend volunteers at an elephant rehab center.
I got to play with a month-old baby and it was about the cutest thing ever. 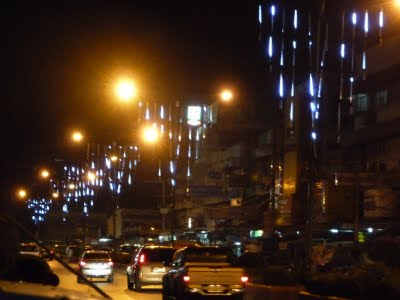 The drippy light street. The lights form a triangle of rain every night, one street only.

And that was just the first three 'shake off the jetlag' days in Thailand. Part two: a week in Cambodia providing water to villagers and seeing the wondrous temples.
Written by BoredYak at 4:16 PM