This just in from Shayboarder, her board and bindings got stolen right from out the back of her pickup. We're looking for a Never Summer Lotus 157 and Union Force SL bindings in size M/L in the white/black/red colorway. The theft went down at Copper Mountain, CO but it was during a huge event, so that thing could be anywhere by now. She doesn't remember the serial number on the board, but says it was something like 10008 with a 'V' stamped next to it for the voided warranty. Check out the specifics on her site. If the stickers are in tact, it's a dead giveaway, but also look for a sticker between the bindings, hiding the serial number. Here's what we're after: 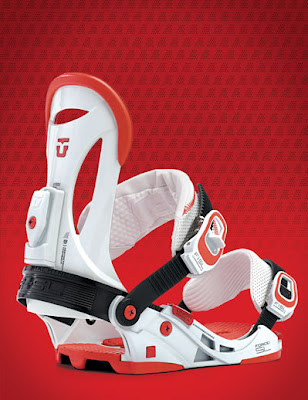 Let's get this gear back to an upstanding member of the snowboard community.

While we're at it, everyone go to your snowboard(s) and write down their serial numbers. These are the only way to truly identify your board in case of theft. Some boards, unfortunately, don't have them. For instance, my one run-in with a thief happened with this board which had no serial number:

Please take care of you boards. It only takes a minute for an unscrupulous rider to rip you off. When that happens, let's take care of each other and get that shit back.
Written by BoredYak at 2:34 PM