In the seen-it-all world of snowboarding, originality is hard to come by. Thank God for Jesse Burtner, Sean Genovese and the Think Thank crew. I'm not talking about adding another 180 to a spin, I'm talking about a new way to tell a snowboarding story. I'm getting a little ahead of myself here, though. Seattle hosted the premier of Think Thank's new video Cool Story and YKWII/Snowboard Connection's As Green As It Gets got the crowd all warmed up. 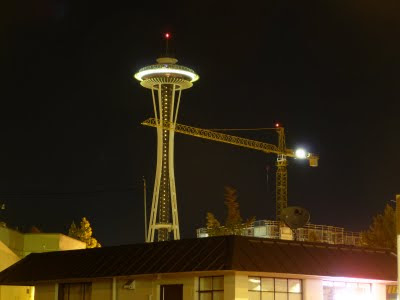 This can mean only one thing...

As Green As It Gets came out strong with Austen Sweetin showing some range. I've seen Austen at rail jams and the Baker Banked, but in this part he lets us see what else he's got, including some footage from Superpark. Seth Kitzke also brought a stellar part to the table. Just a couple guys showing that the Northwest has a bright future. Also, it was good to see the crowed stoked on some local boys. I didn't take notes and I couldn't win a game of memory if all the tiles were apples, so check out YKWII and Snowboard Connection if you want to know more. 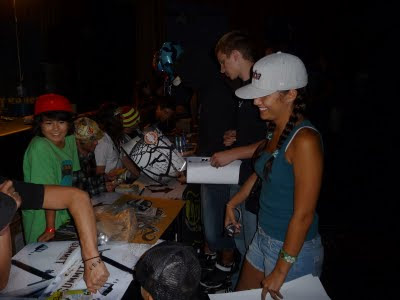 The autograph line was long on both sides.
In there are Blair Habenicht, Austin Hironaka, Matt Edgers, Jesse Burtner, others?

Now, on to the feature presentation of the evening, Cool Story. Starring John Candy as the coach of a ragtag bunch... wait, that's Cool Runnings. Cool Story stars the Think Thank crew and tells the story of their winter. It still follows the standard rider part formula, but breaks with convention in that it moves chronologically through the winter with each rider introducing himself, or someone else, at a specific time and place. The execution is a shred diary full of personality. 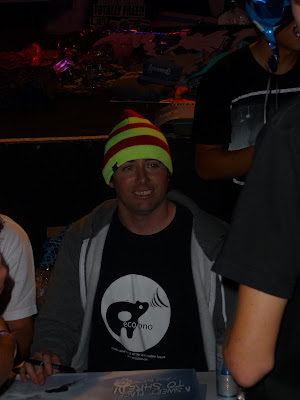 Burtner, best face forward. He also hosted the longest product raffle ever.
Thanks to the sponsors: Lib Tech, Snowboy Productions, Spacecraft, others?
Ben Bogart scored the opener and gives us a hustler's perspective on 'this economy.' He proves his worth on street rails and jumps equally. Austin Hironaka's moving up that ladder, watch out for him. Progression, right thar. Burtner shows a blatant disregard for bindings. Andre Spinelli takes it to the Alaskan backcountry and gets all double-corky (and I don't mean retarded). So many parts stand out that I could name them all... and there's a lot of them. This thing just keeps delivering. Rails, backcountry pow booters, resort fun sessions; so all-inclusive it's the Club Med of snowboarding.