Inherent in the grand adventure of snowboarding is this paradox: the better the powder day on the mountain, the worse the roads will be on the way there. There's just no way around it. The plows can only keep up for so long. Inevitably, compacted snow and ice will send many would-be snowboarders for extreme closeups with guard rails or worse. But it doesn't have to be that way. Enter Paul Eklund, pro rally driver and car builder, 27-year rally veteran and three-time Alcan 5000 Winter Rally competitor. More importantly, Paul is a long-time rally school teacher. Who better to advise you on matters of traction and get you up and down the mountain without a visit to the guard rail?

Bored Yak: When did you drive in your first rally?
Paul Eklund: 1983

BY: What inspired you to start?
PE: I worked at a rally and saw John Buffum in a Group B Audi Quattro spitting fire.

BY: How long have you been making your living working on cars?
PE: I've been making parts for 13 years.

BY: When did you drive in your first snow rally?
PE: That's a good story, first real snow experience was driving and ICE RACING on the Alcan 5000 Winter Rally in 2000. 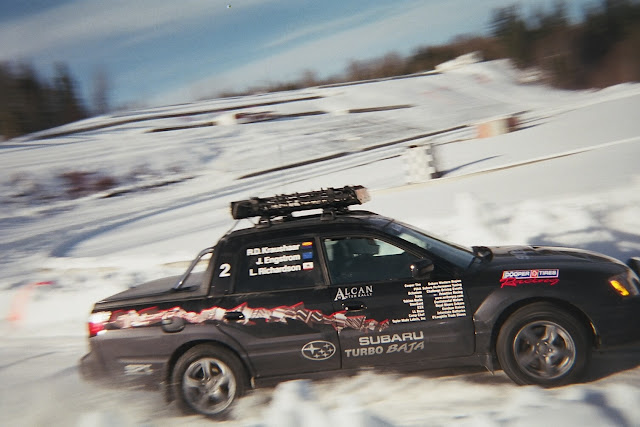 BY: What are the major differences between driving on snow and ice, wet pavement and gravel?
PE: The levels of grip, but more importantly the consistency of the grip, which actually makes ICE easier than GRAVEL (it is usually consistently poor grip).

BY: Have you had any accidents or close calls on snow and ice, be it rally or civilian driving?
PE: None yet (except while racing which I had a few wild spins after the finish in sprint races on ice).  I watched a few people spin out in front of me, so it was easy to predict by watching them.

BY: This time of year, shops start talking about 'winterizing' your car. What do I really need to do to get my car ready for the cold months?
PE: Check your battery (age/condition),  get proper tires and make sure your antifreeze is less than 5 years old.  For EXTREME conditions or overnight on the mountain, synthetic fluids (oil and tranny), a battery blanket and block heater may be advisable.

BY: You always say things like 'making yourself a better driver is the most important thing you can do for your car' (disclaimer: Paul runs a rally school where he can turn your money into driving skills), does this hold true for winter driving?
PE: Absolutely.  Cars and tires come and go, but YOU stay with you so knowledge is power when it comes to winter driving.

BY: What should I do if my car starts to slide? Should I be worried that my car will catch dry pavement and roll?
PE: Steer into the slide and add a little power to stop the drift then ease up on everythin (gas, brake and steering) and let the car settle before driving it to a safe spot.  Your car will not catch traction and roll,  just LOOK to where you want to go.  Getting out of a SPIN just requires a little PRACTICE which is why I recommend a school (ed. go to www.get-primitive.com for the rally school schedule) 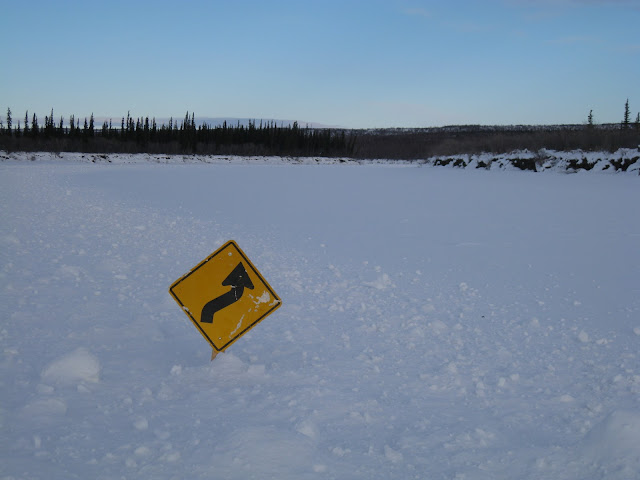 BY: What's the number one thing you see drivers do that makes them lose control? What should they do - or not do - instead?
PE: Number one mistake is to panic and slam on the brakes and to look at the spot that they do not want to go. The car will almost always get there (like a guard rail).

BY: Past skill, a good set of snow tires helps, right?
PE: Nothing beats studs for traction on ice, but they do chew the roads.  Good studdless tires work well and some are even better than studs on the snow.  Snow and ice are different - remember that (different traction).

BY: Any recommendations? Studded, non-studded, chains?
PE: Personal preference, but for the money the Cooper WeatherMaster WSC is a great multi-purpose winter (or all year) tire.  It can be studded for those who need it.  Chains are great for the occasional user.

BY: What do you keep in your car's winter safety/emergency kit?
PE: I use Subaru's Extreme Weather emergency kit with shovel, water, space blanket, little first aid, matches, flashlight and a few other perfect goodies in a little case  $39.95.

BY: Is there any other piece of equipment (past driving skill and tires) that I could buy, or look for when I buy a car, to make my drive to the mountain safer?
PE: Get a Subaru... 'nough said

BY: Do you see people buying or modifying their cars in ways they think will help them, but actually will hinder them?
PE: Worst mod is to stiffen the suspension in any way or restrict its movement (lowered, stiffer, big swaybars, or low profile tires)  Soft is good for the winter.

BY: What's the difference between AWD and 4WD? Is one better or worse?
PE: It is really a matter of semantics and not really very different.  Typically AWD is considered 4WD all the time where a 4WD can disconnect the drive to the front wheels.

BY: What about front vs. rear vs. AWD/4x4 in snow?
PE: AWD is best because you get drive to all the wheels, but a good FWD car does extremely well in the snow too, it just may be a little tougher to get going. RWD is tricky in the winter and the worst for safely getting around.  AWD/4WD can be deceiving as it can get any (even an ill-equipped) car going, but stopping is a whole different matter and then it comes down to the tires.

BY; How do you maintain sanity while driving 500 miles per day in the dark across Canada and into Alaska in the Alcan Rally?
PE: Get a great co-driver (essential) and you really have to enjoy driving.  I look forward to 2012 Alcan Winter Rally.

BY: Any run-ins with Ice Road Truckers?
PE: In 2000 while driving up the HAUL ROAD to Prudhoe Bay, the truckers were none to happy to have us on "their" road and made it clear with white outs (rubbing the edge of the plowed road with their huge trucks, often with 3 trailers and creating a snowstorm) and also creeping over towards us as we passed them.  In 2008, we saw them filming IRT while we drove on the frozen Mackenzie River north of Inuvik. Our Forester Turbo hit 123 MPH on the frozen river.

BY: Any wildlife encounters, maybe they're all hibernating?
PE: I saw 4 wolves in 2000 which was spectacular and we always see bison, moose and caribou along with the ocasional fox and ever-present ptarmigan. Close calls in general? We had a young moose break out onto the road and run just ahead of us one time, then disappeared instantly into a group of stunted evergreens (they only grown to about 10 feet tall way up there).

BY: Any tips for ice slaloms?
PE: Ice slalom is a special animal as far as driving challenge and the key is to be extremely smooth; initiate turns way, way, way, way in advance; use the throttle to modulate; keep suspensions and tires soft; look way the heck ahead and be sure you are in a Subaru.

BY: You've seen the sport of rally go through some changes, much like the changes snowboarding  has gone through. What do you think about the evolution, complete with energy drink sponsors and X-games?
PE: I see why organizers are heading towards closed-course-type rally (so they can charge an entry fee to watch) but it is diluting the true sport and I'm not sure if it will really catch on.  Seems to be eroding, not growing, the grassroots base which is essential for the sport to continue.

BY: You've been racing since before Travis Pastrana was born, do you have any good stories about him or Ken Block, arguably the two who brought about much of the 'X-games-ification' of rally?
PE: Thanks. They are both really great guys and I am surprised that they even remember me when we meet at SEMA or other events. I don't have a lot of juicy stories, but Travis did get excluded from Day 1 of an Olympus Rally one time and entered the regional rally the next day in my class to get some practice.  The very first stage found him off the road, on his side, after tumbling the car and he was screaming at everyone to go faster and urging us on as we went by, within inches of his stricken car. 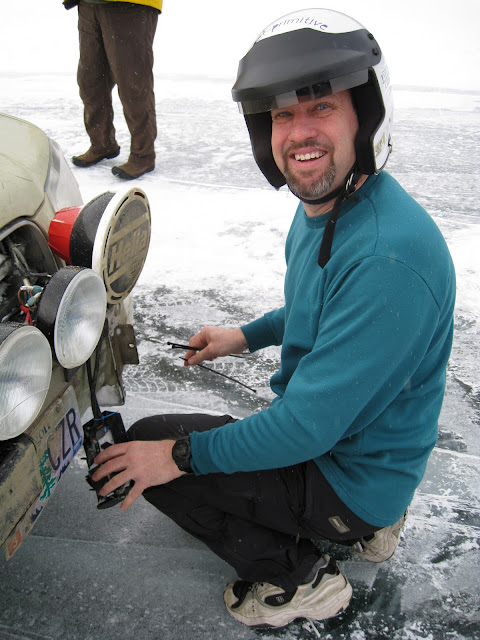 Written by BoredYak at 3:29 PM