Superpark 15: This Park Sure Is Super 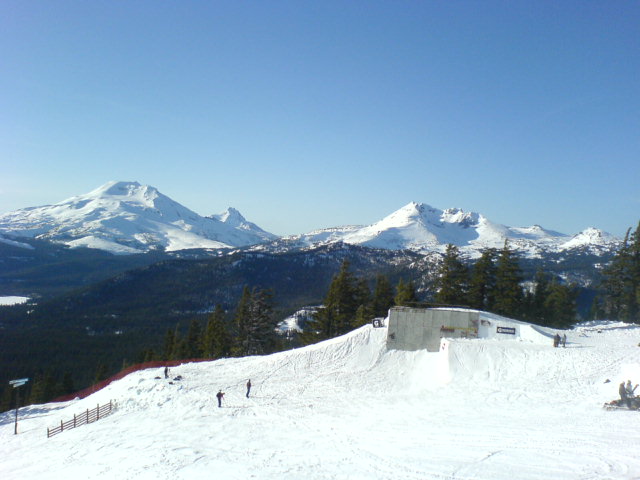 Long story short, I showed up late and forgot everything. Forgot my camera, so I went with the phone. Forgot the sunblock, so I won't be playing games with the other reindeer. The lift had already stopped turning, so I had to hike about an hour to the park. Once I got in the theater, the lights dimmed and the show began.

Superperk 15 is going down right now at Mt. Bachelor. Luckily, I rode right to the wallride pictured above, where Dustin Craven was sessioning. His frontside invert was huge. I didn't get that shot, though, I got this one.


That wall is at least 30 feet high. And Dustin kept going back for more. Forrest Bailey was also owning it with frontside boardslides across the top. That feature had more angles than a dodecahedron. I ended the day riding with Craven, c-3's Johan and Pat Bridges himself as Bridges took a couple shots at the wall. This being a 'must hit' for a handplant fanatic, Pat checked it off.

Keep checking back for more Superpark 15 coverage from all of the other features. If you want some different angles check out Snowboarder magazine and maybe even Johan's blog eventually. I gotta get out there or I'ma be late again...
Written by BoredYak at 10:50 PM