Notes on the Road, the Olympics and Joint Pain

As I sit here, waiting for clothes to dry for my next adventure, I thought I might share some things I learned from the previous adventure. And some things learned from adventure in general. And some ranting I never did about the Olympics (which happened while I was away). And whatever else comes to mind.

Hostels are the way to go. They're cheap, you get to meet people and the atmosphere is just straight up better than most hotels. When was the last time you stayed at a hotel and actually met a fellow traveler? Met a fellow traveler over a beer and a snowboard video? My point exactly. Take heed, aside from the obvious (your roommates may vary, etc.), at Jackson Hole the pool room had more cougars than Wild America. Bring your bear spray or your 'A' game, depending. 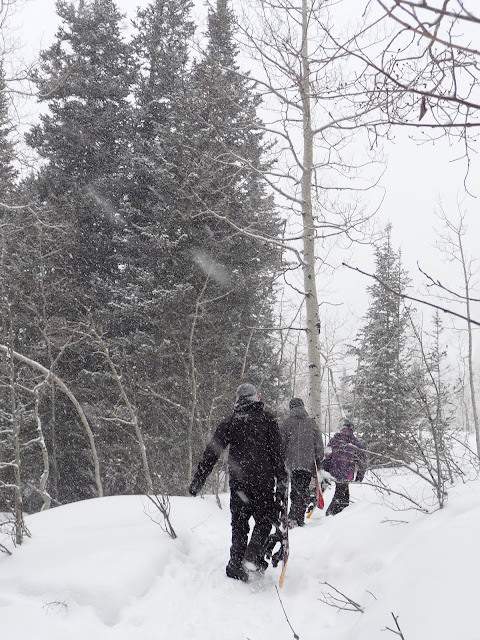 When your guides don't stop, you only get pictures of their backs.
Andy, Uriel and Benny in a Utah blizzard.

Those times you get seated in an exit row, you will be next to a 400-pounder with screaming babies front and back. Enjoy the leg room, bring headphones and lean right.

Nate Holland has a problem with tight clothes in boardercross. So much of a problem that the New York Times did a story. Here's a nugget that escaped most of the commentary:

“If someone is showing up to races in tight clothes, we wouldn’t recommend that person for a spot,” said Holland, who is on the selection committee for snowboard cross at the X Games.

Nate actually has the power to nix invites. He also has no qualms about doing so on the basis of fashion. He says, "the image is at stake." I say if you're strapped in to one plank and standing sideways, chances are you're a snowboarder. You want to ban alpine boards?  Get over it.

Shaun White got another gold medal. Something tells me this one will fade from the public memory faster than the last. He and his team know it, too. Why else would they have done all the pre-hype? He was on talk shows and tv specials before the games even started. Are magazines that didn't have him on covers going to want him any more now? Magazines that did? He's definitely breaking into that 50-60 demographic, though.

How about Todd Richards' color commentary? Double-double extra tomato, classic. The tape-delay and NBC's general coverage on the other hand. Meh. Show it live. How long did it really take? Far less than the men's figure skating short program or some random curling match...

I like Mt. Hood Meadows for the fact that it doesn't turn to moguls nearly as quickly as places that have a higher ratio of skiers. Looking down a 1000' bowl of moguls just makes my joints ache. Compared to most other places, though, that's about its only redeeming quality. Well, that and I've come to know it well over the years.

Living in the mountains must be the best thing ever. I've gotta try that out. This whole hour and a half drive is no good. Purgatory, I say. Portland is a great city, though. 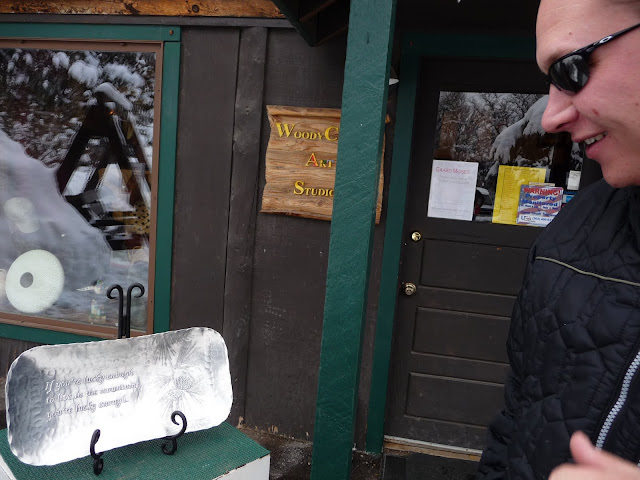 Hiking a long time for just one run is generally worth it. Try it some time. Bring food, drink and stoke. And one guy who knows what's up. Preferably with able legs. 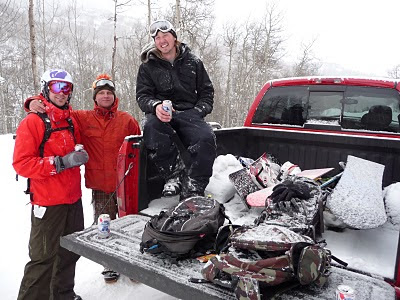 Post-ride beers, snacks and laughs. Dumping hard enough to cover our gear in minutes. Good thing we were in the trees. Tom, Cody and Matt after a Willy's Peak expedition.

Now I'm off on the 9-hour drive to Nelson, BC. Then a quick, 9-minute heli to Baldface lodge. Looks like they're getting the goods right now, so things are looking up. Weather's looking good for the drive, too. White knuckles replaced by chillaxing.  I'm thinking of doing some quick video interviews with random employees at Baldface to get some insight into the inner workings. I mean, who wouldn't want to work at a rad cat-riding operation? We'll see if it's all that. I know the riding is.
Written by BoredYak at 8:37 AM