Brakes on the Train!

The snow may have played havoc with my Christmas vacation schedule, but I still made it back to North Dakota to spend a couple days with my family. I got to see my parents and most of my brothers and sisters. I also caught up with some friends from ND that I don't get to see nearly often enough.

A high point of the trip was when a few of us took our nieces and nephews out sledding. I'm not talking snowmobiles, I'm talking flexible fliers and innertubes. Oh yeah! Here's a shot of the very first hill I ever snowboarded on... 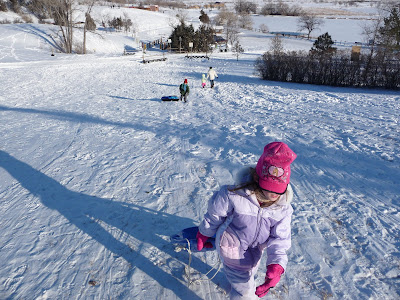 Here's a shot from the hilltop. How cute is my niece? 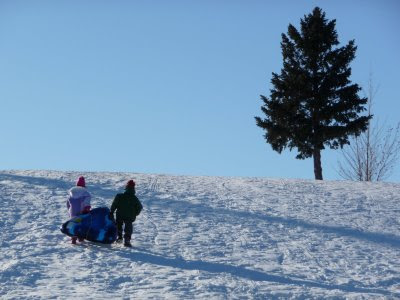 Another from the bottom. Not far, but sharing makes the load lighter.

No snowboarding today. I did try to stand up on a sled and nearly blew out my knee. Come to find out that a friend of mine in Portland did exactly that on nearly the same day. Freaky. Here's wishing him a speedy recovery.

After that we warmed up with some slopeside cocoa and headed to a friend's house for some sledneckery. First we busted out the mini. 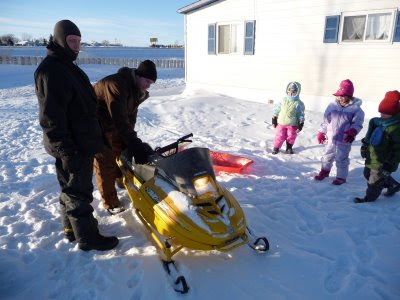 The kids are stoked for some tube towing. 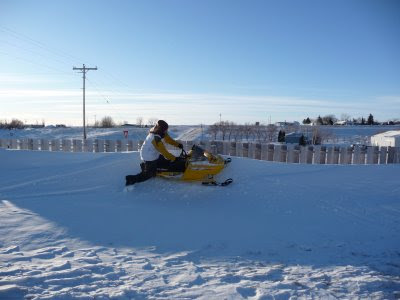 But first a little 'mini-shred' (photo by Maverick Thompson)

Then came the big dog. This one is Shawn's baby. He's got it all kitted out. The thing pulls like no other. He says it's got a 30-shot of NOS, whatever that means. I did understand the part about 200 horsepower. I think that's about 100 more than my car. Check it: 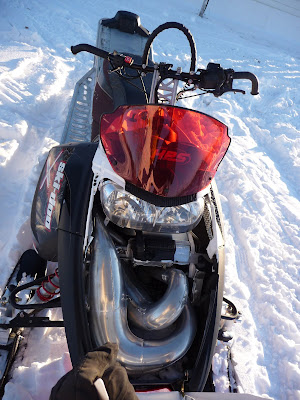 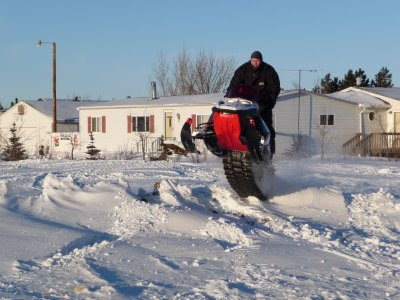 Shawn with some backyard action

I took a few hot laps around the yard, but mostly took it easy. That thing is scary. It needs some space to roam. At full-throttle on the road, it peeled my lips back into a spontaneous grin and nearly took the beanie right off my dome.

Shawn pulled out his 4-wheeler for a little while, too. I swear, that kid's got more toys than KB. And they all go really fast. All thanks to ND's black gold. Good times were had by all, but they wouldn't last. I only got to spend 2 days at home before it was back on the rails of the Empire Builder.

After the cancellation on the way out and 9 more hours of delay en-route, you'd think I could catch a break eventually. Not on the way back. The iron horse was an hour late leaving and then we got another surprise on arrival into Shelby, Montana: avalanche control in the Rockies would keep our train at the station in Shelby for 8 hours. I know your question and the answer is bunker down in a bar, play pool, watch some lifeguard reality show and drink copious Bud Lite. Luckily the bar I landed at (along with 4 other sad, Portland-bound passengers) was owned by a train conductor. Upon hearing our story, he bought us a pitcher. Throw in some snowboard videos and a nap on the train and the time actually passed more quickly than you might think. Oh, but then there was another 2-hour delay in Whitefish, MT. UGH! 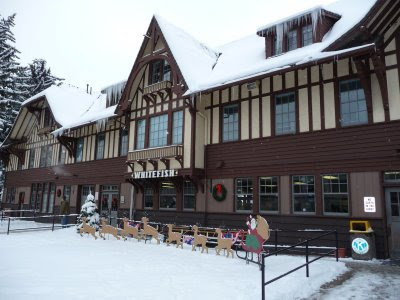 Stare at this picture for 2 hours and you'll feel my anguish.

If there was an upside to the vast delays it was that the train navigated Montana in the daylight hours instead of at night and the route was full of scenery that would make any human, certainly any snowboarder, glue his head to the window. I took so many pictures that I ran out of battery in my camera and had to switch to my phone, so bear with the change in quality. 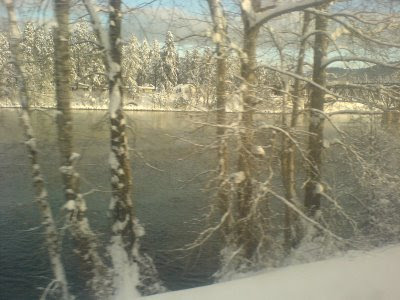 Kootenai River, near its confluence with the Yaak River, Montana. 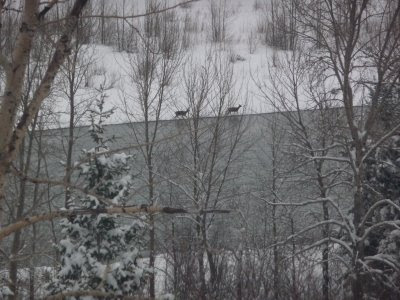 Just some of the wildlife sighted from the train window, near Glacier NP. 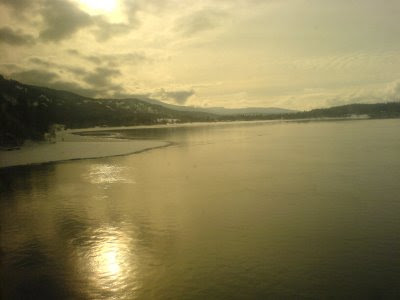 The final bonus of arriving 12 hours late was that my girlfriend could pick me up at the train station. So nice not to have to take a bus home with all my bags. In the end, it was a fun trip, but it will make me think twice about taking the winter train again next year. Enough of my bitching, though. I hope everyone had a happy and safe holiday season and is ready to rock in 2009.

I'm headed to San Francisco for a job in a couple days. With any luck, I'll regale you with stories of New Year's and Mt. Baker between now and then. Maybe I'll even tell you about the Lib Tech Dark BTX 161 I rode so long ago. Don't get your hope up, though, lest they be dashed...
Written by BoredYak at 11:09 PM